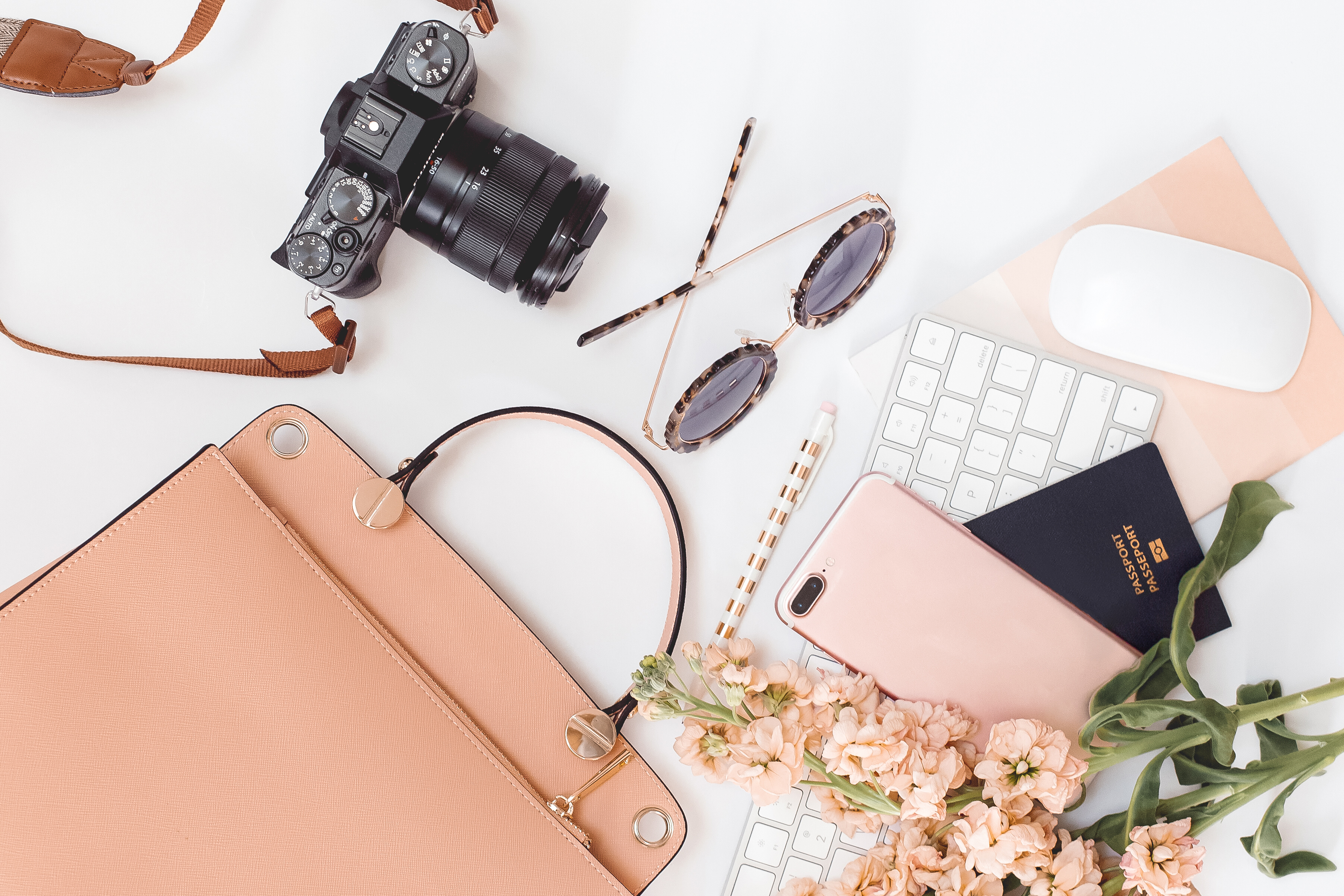 Last week Instagram announced that it was testing hiding likes on posts and video views on accounts in more countries.

It first rolled out in Canada a few months back. Now it is being rolled out to:

We still don’t know whether it will be rolled out globally, My hunch is that it will and over the next few months.

There are mixed reviews as to whether this is a good or bad move by Instagram.
In this blog I will be talking about why I am for removing likes on Instagram posts and video views. 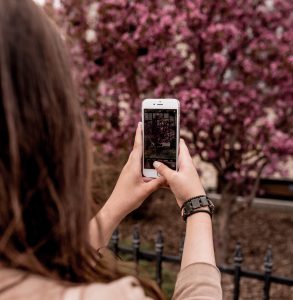 The first thing I think removing likes from post will help with is mental health issues.

Mental health issues that people can get from posting a photo on the grid and checking Instagram a million time per day to check how many like that post has. This is not normal behaviour and according to a report carried out by the Royal Society for Public Health, Instagram ranked the worst for mental health.

Would people still frantically be checking their Instagram posts if the likes were hidden? I have a feeling that they still would check Instagram several times per day but not in such an anxious way.

I’ve known people to be frustrated that they are getting 100s of views on their Instagram Stories but not the same amount of love on their post. There seems to be a huge amount of pressure to have at least a certain amount of likes on your posts. 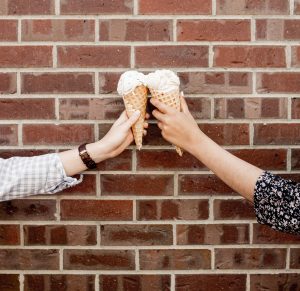 Social media means a great deal to me, it’s what I do for a living as a social media consultant and it’s enabled me to connect with like minded people from all over the world. I’ve built communities, become part of communities and made friends through social media.

Personally, I’m not bothered about how many likes my posts get. I would rather the engagement from other users. Just because you have 200 people liking your photo doesn’t mean that they have read your caption, engaged with you on a deeper level, or that they will buy from you/read your blog.

Instagram users will be forced to create content that they audience wants. We will also be able to see from other accounts what content is popular because it will show up in our Instagram feed. A real bonus in my eyes. 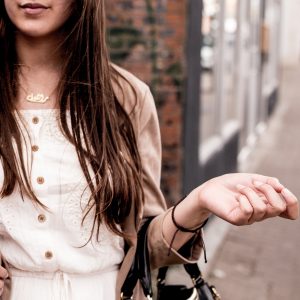 Are you really going to like a photo just because 1000 other people have liked the photo? I know that I don’t. I like a post because I like the photo and the post has a caption that I resonate with or  lifts me up.

By removing the likes from posts I think it removes the pressure. We will be able to see the likes and data ourselves but it lessens the vulnerability.

For Influencers who rely on post likes to work with brands, this shouldn’t be the end for them by any means.
I run an influencer agency for pet brands and we have always chosen our influencers by engagement rate and the type of content that they post on their account. It’s never been about how many followers they have or how many likes per post they have. Once we have worked with an influencer on a campaign we ask for the post insights. We want the data not the vanity matrix’s. I’m hoping that all influencer agency start doing this as the norm.

In a world where we compare ourselves to strangers on the internet, I personally think that this is a great move by Instagram and hope it’s a featured that it rolled out globally. What are you thoughts?

How to Spring Clean your Business

Mindful ways to use social media

How to deal with Imposter Syndrome 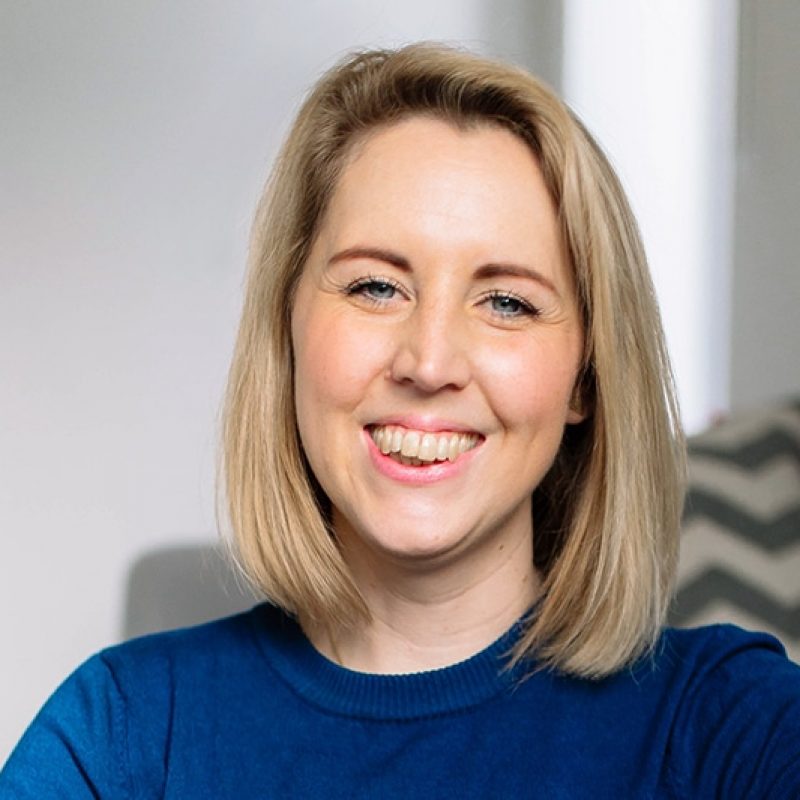 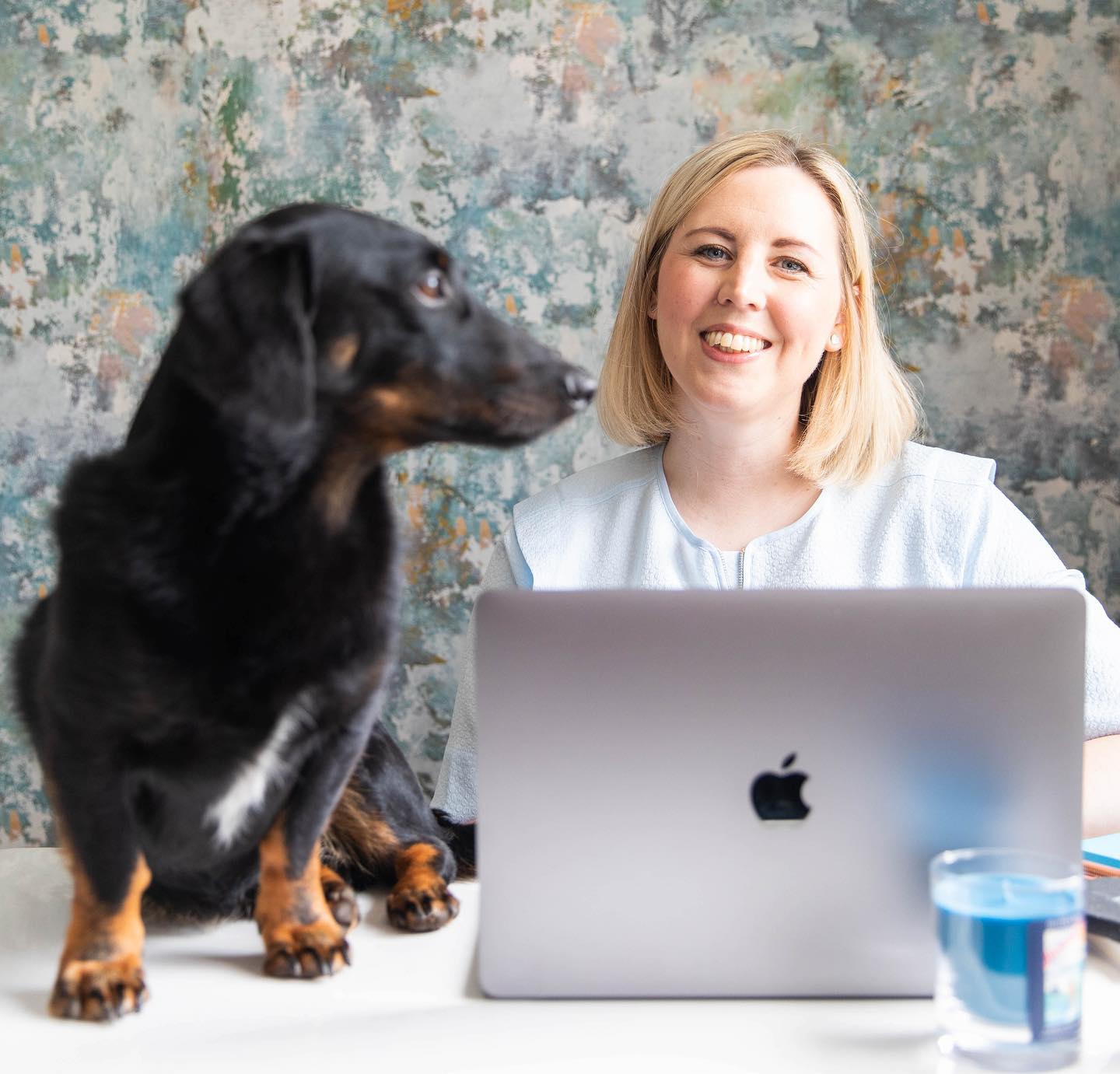 business_wonderland
•
Follow
Does social media content feel too complicated? I get it. When it comes to creating content for your social media accounts, it’s no easy feat. In fact, I used to feel the same.   I used to put out content for my first business (over 10 years ago) that now makes me cringe lol I thought that this content was what I should be posting but it wasn’t want my audience wanted. BIG difference!!  It took me a lot of time, tweaking and testing developing a content strategy that works for me AND that also works my clients so that you don’t have to look back and cringe.    I’m curious, what can I do to make content even easier?  Let me know in the comments and I’ll do some free training around it  Katie x 💙 #socialmediacontent #contenthelp #contenttips #socialmediaforbusiness #socialmediaforsmallbusiness #ighelp #instagramforsmallbusiness #attractionmarketing #fempreneur #solopreneur #solopreneurs #womeninbusiness #smallbusinessuk #mysmallbiz #smallandmightybusiness #bristolbusiness #uksmallbusiness #onlinebusinessowner #onlinebusinesstips #digitalbusiness #digitalbusinessowner #contentmarketingtips #contentmarketingstrategy #contentmarketing101
View on Instagram |
1/4 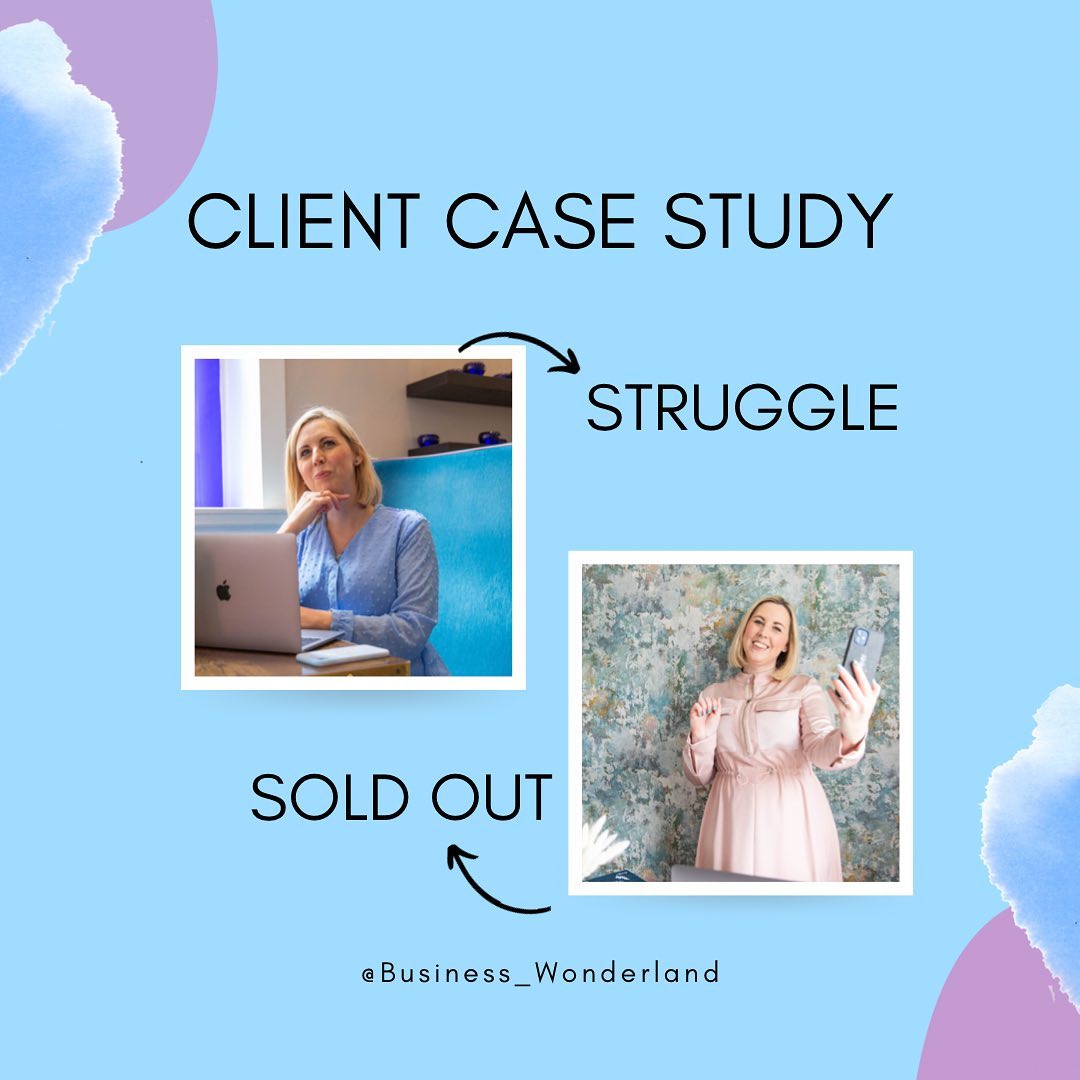 business_wonderland
•
Follow
From struggle to sold out 💥 A few months ago, my client Flick was like 99% of online business owners. She was spending hours creating content that wasn't getting any attention. Literally, it would take her hours to create ONE post.   Flick knew she wanted to quit her job and be a full-time coach, so she kept trying...   That's when starting working with me.   Since working together: 💙she's clear on how to attract her ideal client through content, 💙confident selling an offer  💙Is actually quitting her job to live out her passion for helping others. She just sold out an in person retreat with minimum effort. 30% of the tickets sold without having a sales page!! Plus off the back of that has 2 new 1:1 clients 🥳   And the best is still to come...   It's such an honour to be able to share Flicks Story with you.  Life is too short to be a content creation machine and to be the best kept secret. Drop a 💙 below if you no longer want to be a content creation machine   Katie x 💙 #socialmediacontent #socialmediamarketingstrategy #socialmediahelp #socialmediaforbusiness #socialmediaforsmallbusiness #contentmarketingtips #contentmarketingstrategy #contenttips #instagramforbusinesses #instagramtipsandtricks #womeninbiz #womeninbusiness #womeninbusinessuk #dreamersanddoers #setgoalsandcrushthem #shemeansbusiness #smallbizuk #smallandmightybusiness #smallbusinessuk #onlinebusinessowner #onlinebusinesstips #onlinebusinesscoach #smallbusinesssuccess
View on Instagram |
2/4 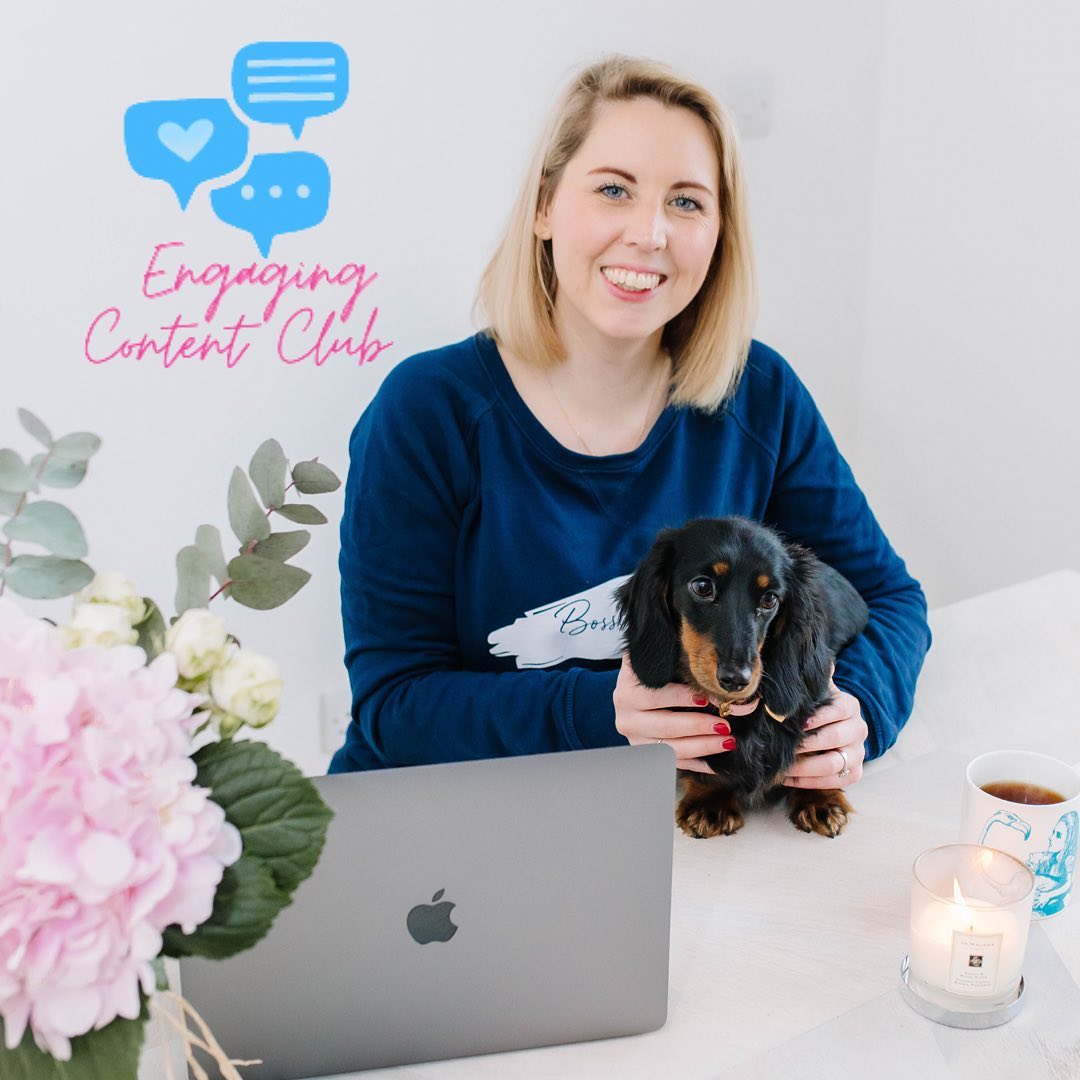 business_wonderland
•
Follow
How are you feeling about your social media content? Have you created a community of engaged fans? Are you converting your content into client? Are you excited to share your message whenever it’s time to post?  If you didn’t answer those questions with a yes! It’s time for you to take the step to creating engaging content and start attracting your dream clients via your social media content. I would love to invite you to join my brand new membership - Engaging Content Club This high-energy, high-touch, membership kicks off in just a few days on Tuesday 3rd May. Here’s a sneak peek into what you’ll get with this membership: ⚡️Weekly group calls ⚡️Weekly accountability ⚡️Ask your questions ⚡️Feedback on your content ⚡️A private Instagram Group ⚡️Access all calls and recordings ⚡️How to speak to your ideal client on social media course ⚡️30-Day marketing guide & planner ⚡️Monthly live training workshop Not sure if this membership is for you? Here’s a quick rundown of who Engaging Content Club is perfect for!   Female service based business owners and coaches: ✨ Want to build an online presence on social media ✨ Be more confident with being online and showing up ✨ Convert clients and make sales but inconsistently and not to the capacity they desire ✨ Find selling harder than they want it to be ✨ Are stuck on how to attract their dream clients to their social media ✨ Find creating content and staying consistent a chore ✨ Not sure what to post and when on social media and would like to learn different strategies   Ready to take your social media from boring and basic to exciting, easy and abundant?! Join Engaging Content Club. Link in bio @business_wonderland Katie x 💙 #socialmediahelp #socialmediacontent #socialmediaforsmallbusiness #womeninbusiness #womeninbiz #smallbizsquad #smallandmightybusiness #contenttips #contentmarketingtips #instagramforsmallbusiness #uksmalbusiness #onlinebusinesstips #onlinebusinesscoach #onlinebusinessowner #workfromwherever #digitalbusinessowner #digitalbusiness #femalebusinessowner
View on Instagram |
3/4

business_wonderland
•
Follow
If you feel like you are doing all the things on social media but you aren’t seeing results…. No traction, no engagement and no clients, swipe for my 5 tips ➡️ Let me know which one you will try today 🙂 Today, I open the doors to my brand new membership Engaging Content Club 🎉 A membership to help you create epic social media content and to keep you accountable Link in bio @business_wonderland Katie x 💙 #socialmediahelp #socialmedia101 #socialmediaforsmallbusiness #womeninbusiness #womeninbusinessuk #womeninbusinessaustralia #smallbizuk #mysmallbusiness #instagramtips #instagramforsmallbusiness #instagrammarketingstrategy #instagrammarketingtips #smallandmightybusiness #uksmallbusinessowner #onlinebusinesscoach #onlinebusinesstips #onlinebusinessowner #instagrammarketingforbusiness
View on Instagram |
4/4
View on Instagram
We use cookies to ensure that we give you the best experience on our website. If you continue to use this site we will assume that you are happy with that.OkNoRead More